Today Auroa Primays Schools Y5/6 Rugby team travelled to St Josephs Opunake for the semi-final of the 2016 Crowley Cup Rugby Competition. This restricted weight Y5/6 competition has had games throughout the term which culminate in the semi-finals today. Auroa had been through the competition and finished as runners up in their pool thanks to a last minute loss to Eltham Primary School. St Josephs were undefeated and looking to progress forward. The two schools have a traditional rival in the area.

This game was an epic.

Despite the conditions both teams played attacking rugby which led to a 5-5 all scoreline after ten minutes.  This score was retained at half time.  The second half saw a furious twenty minutes of competition where neither side could be separated leading to a 5-5 full time score.   Then follow sudden death golden point extra time - ten minutes of this saw no further score.  A second and final ten minutes period occurred and in the seventh minute of this Auroa School score the winning try.  These are some of the first half highlights:

Regan & Grace's - Small from myles webb on Vimeo.
Posted by Myles Webb at 20:09 No comments:

During Term Four we have the MOA Awards.  There's various digital categories for excellence and we've featured various work from past years.   One of the categories this year is a 'Passion Blog' a specific blog which is related to a passion or special interest that the students have.  At last years awards we had two very special efforts from students at our school - Madaline from Room Two won best student blog, this year she is concentrating on her writing and

has an produced a simply brilliant student blog that features some of her amazing writing work.  It is a student blog of the very highest quality that is featuring some amazing work and may well be featuring later this year.   Not only is Madaline producing some special her sister Jorja, a former member of this classroom.   She won last years award for best student blog and is also producing some fantastic work as well.  These student blogs are simply sensational - genuine work of students (in their own time) who are producing work of a amazing quality.  Please support these wonderful blogs by visiting them and leaving the students a comment.
Posted by Myles Webb at 20:38 No comments:


WackyHairDay2016 - Kizoa Video Editor - Movie Maker
This morning at Auroa Primary School Day the School Council held our 'Wacky Wig' Fundraise.  We had a parade of all the classrooms this morning to show off the efforts that some of our students had gone too.
Posted by Myles Webb at 10:13 No comments:

In term four the MOA Kluster is having our 'MOA Awards' a ceremony held in Opunake where the students from Matapu, Opunake, Auroa and Kaponga are competing for digital excellence.

As part of our thinking about this event we looked at some movies that were produced by R4 students in 2015 - if you look closely you can see some familiar faces that they feature (and also in the background).

This was originally posted on this blog in November 2015. These videos are the finalists form Room Four at the MOA Kluster MOA Awards. You can click on the link to Mr Spice's Classroom Blog here.

On Friday Auroa School travelled to Opunake Primary School to compete in the Y5/6 Crowley Cup Competition. This was a series of important games for Auroa - the Boys Rugby team were undefeated for the season except for a narrow defeat to Eltham. Victory against Opunake on Friday would mean Auroa would qualify for the Semi-Finals of the competition. These highlights were put together by Tiani and Paige.

CrowleyCupVsOpunake from myles webb on Vimeo.

Its hectic at Auroa Primary School at the moment - we've got so many awesome opportunities coming up for the school and students. One of the most exciting for some of our students: Jake, Mccallum and Jamesen is the Junior Robocup coming up. These highlights were filmed by Aroha and put together by Aroha and Ashley.

R3 Where is this in New Zealand? 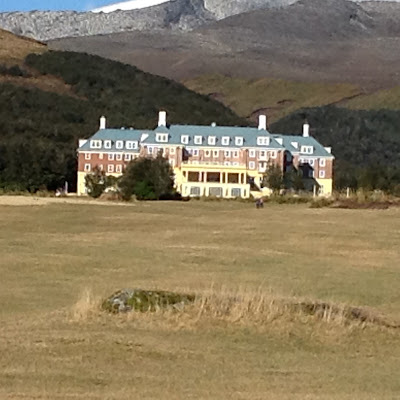 Its coming up fast - on Saturday 2nd July at Whanganui Intermediate in Whanganui is the Taranaki/Wanganui Junior Robotics Competition.  Auroa Primary School have a number of teams in competition finishing their entries and preparing for another year of fantastic competition.   Jackson R has been tracking progress with a number of videos that he has filmed and created - this was completed last week.   From Room Three Jake, Mccallum and Jamesen will be competing - good luck.  Filmed and produced at Auroa Primary School on Friday10th June.

The Eiffel Tower is better than Falling Water and, I believe my tower is the best in the world.

R3 The Fire on Rama Road 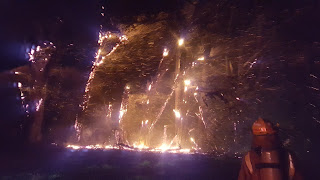 Tonight when I went to bed my Mum got a text saying that there is a fire on the corner of Rama Road, Dad got a call saying that “can you please get the fire tanker”, Dad popped out of his chair and said oh no I have to go and get the Royal fire truck, Mum said for me to go and get the girls I ran as fast as I could to get the girls I said we are going to look at the fire on the corner of Rama Road and I asked Mum can I please get my iPad to take some photos of the fire so we jumped into the car and went to take a bit of photos. Mum called our Aunty and uncle and asked if they would like to come and watch the fire go down. My Auntie and my Uncle turned up and the fire was nearly gone so we went home and got some cake but Alyssa,Lara and I played on our iPads for a little bit. Then we said I bet you that Dad will be there by now and mum said that they might be there all night so we might not even see dad till the morning and he might not go to work he might have the day off.

There is a link to an article on stuff.co.nz about the fire here.
Posted by Myles Webb at 10:27 No comments:

Jackson and Ashley from Room Three, filmed the robotics people, they are telling us what they're doing.  Edited and produced by Jackson from Room Three on Thursday 9/6/2016.

Its the greatest online student blogging competition of all time... two teams competing against each other in a series of challenges to determine one ultimate winner. Kikorangi vs. Whero - student vs. student - friend against enemy.

In this episode students had to carry water in a cup along a course over chairs, under tables and racing up a hill to deposit their water in a container held by their team mates.  To make it more challenging students from the other team were on the course throwing objects at the contestants in an effort to put them off and cause the contents of their cup to spill.   Kikorangi were on something of a comeback having won episode five and behind only 3-2. Could they even the scores and force another elimination?
Taranaki Survivor Ep 6 from myles webb on Vimeo.

This episode saw the first 'Immunity Idol' play of the 2016 season, one contestant fearing that their game was coming to an end made a decision to play an immunity idol which they had spent time  reading clues and searching for which was located in the school, giving them immunity from the vote.

Was it played at the right time? Would it ensure safety? Whose game would come to an end? All these pressing questions would be answered in Episode Six of Taranaki Survivor as another players game ends in a shock elimination... who will join the previous five eliminated contestants and who is one step closer towards triumph -
Posted by Myles Webb at 09:15 3 comments:

We've had some new students join Room Three, Auroa Primary School recently - one of whom is Nicholas. Nicholas worked with Mccallum and Corban to create this slideshow of Auroa Primary School, which was created in the first week of June. We are now officially in Winter.

Around Auroa School from Myles Webb on Vimeo.

Every Friday Auroa School has DPE for the Y7/8 students. This is known as Technology at some schools. Our students have a range of activities that they are able to complete including Robotics, Cooking and Woodwork. The fourth technology is Sewing which our students are enjoying very much. This movie was created by Aroha and features what is happening with our students for Fabric Technology. Filmed at Auroa Primary School on Friday 3rd June 2016.

On Friday at Auroa Primary School we had a special set of guests who helped with the DPE (Technology) program for our Y7/8 students.  We had some former students of Auroa Primary School return and take a cooking lesson as part of their High School curriculum program.    Tiani and Ella from Room Three recorded this footage of the event.

We are very fortunate to have an amazing resource at our school which is new this year - the kitchen. Thanks to the PTA and BOT of Auroa Primary School we have a fully operational kitchen on site which is used by not just the seniors but is also able to be used by other classrooms of students in our school. This is the video that was created by Ella from Room Three

DPE WITH HIGH SCHOOL STUDENTS (1) from myles webb on Vimeo.

Both Tiani and Ella filmed, edited and put together their videos on Friday.
Posted by Myles Webb at 08:10 2 comments:

Testing soil for B4 from Reefton New Zealand

We are always looking for amazing examples of work to inspire us and share. Recently we saw that the students of Mrs McKenzies classroom in Reefton Area School on the West Coast of the South Island have been looking at the soil in their area. We followed their process, made a prediction and then carried out the experiment. Video created by Jonte and Corban from Room Three.
Testing Soil - What is it? from myles webb on Vimeo.
Posted by Myles Webb at 11:21 1 comment:

Every Friday we have some students who have an opportunity to work with Mrs Elliott using our facilities for extension cooking. Tahlia and Ellazae created this slideshow showing what they were making: