Victory at the Langton Cup 2014 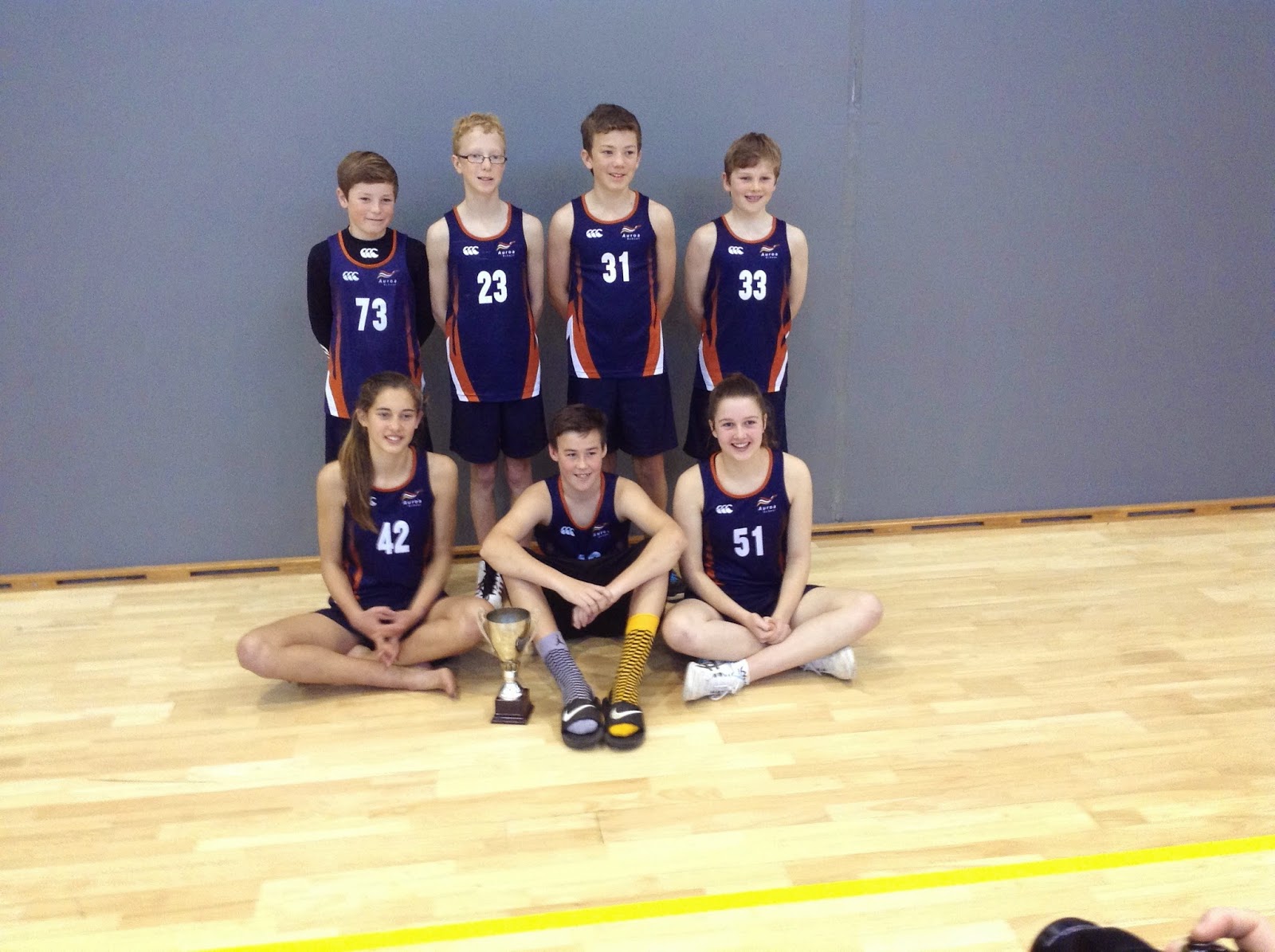 Today for the first time in its eight year history, Auroa Primary School were successful in winning the Langton Cup for Basketball.  Held at the Opunake Events Centre, in Opunake the team played against four other local schools.

Auroa defeated Opunake Primary School 33-12 and defeated St Josephs Hawera 22-11.  They then beat runners up St Josephs Opunake 30-16 before in their final game they defeated Rahotu 27-6.

Not only was the team able to remain undefeated by MVP for the Boys in the competition was Riley P. and MVP for the Girls in 2014 was Isabelle.