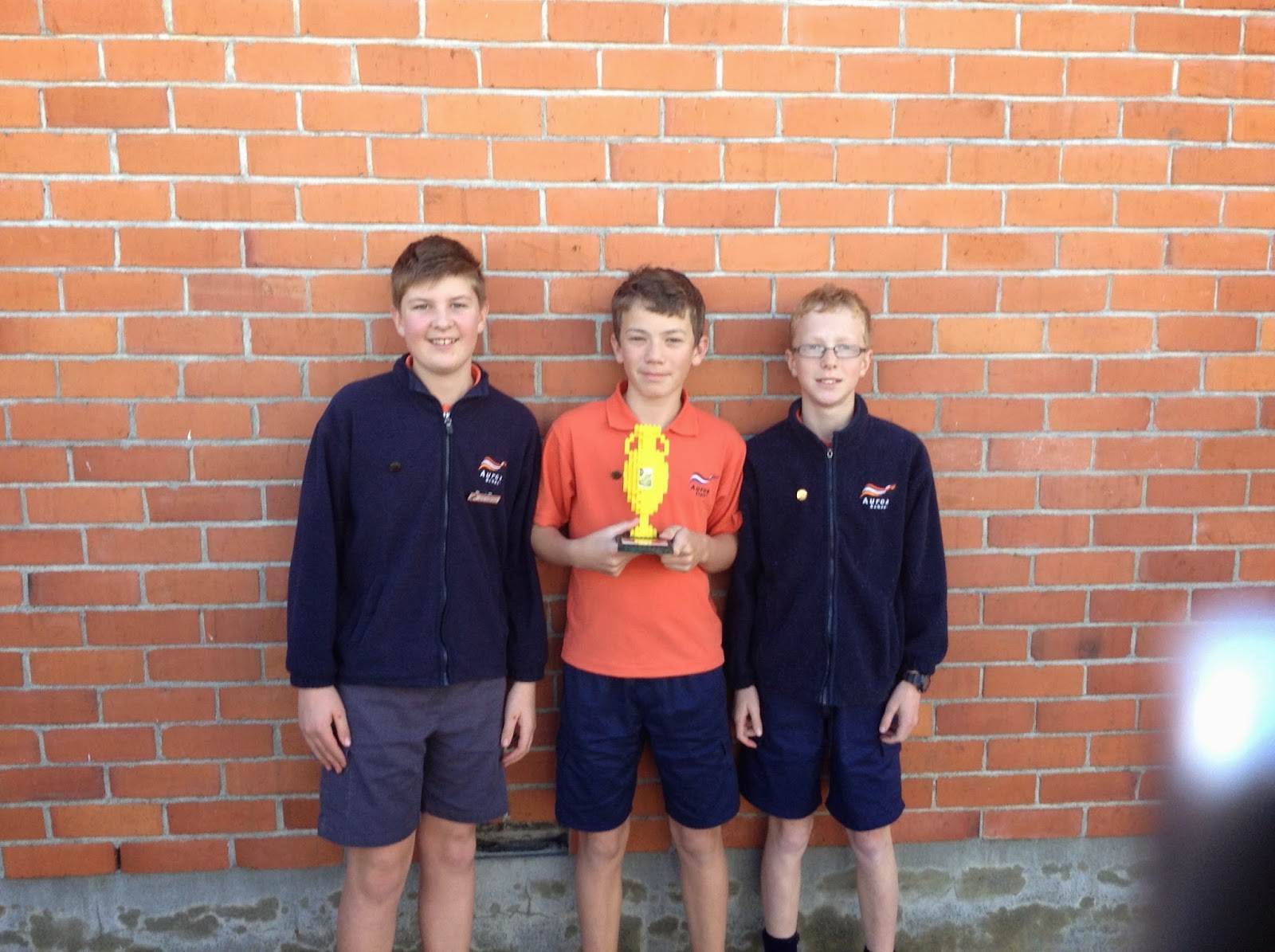 Today, on Saturday 27th June seven teams from Auroa Primary School travelled to Wanganui Intermediate School to take part in the regionals for the 2014 Junior Robocup.  The teams were competing in the 'Dance Theatre' section of the competition.

Winning the competition were Tom, Lucas and Michael, the Robos, who also had a member unable to attend (James).  The runners up, and winners of the peoples choice award were Emily, Alice and Izzy, the Poi Princesses.  Third place went to the Udder Bludders and a highly commended went to the Country Boyz.   While not everyone was lucky to attend the event we made sure that we recorded images and film from today, which we will be posting online in the coming days.