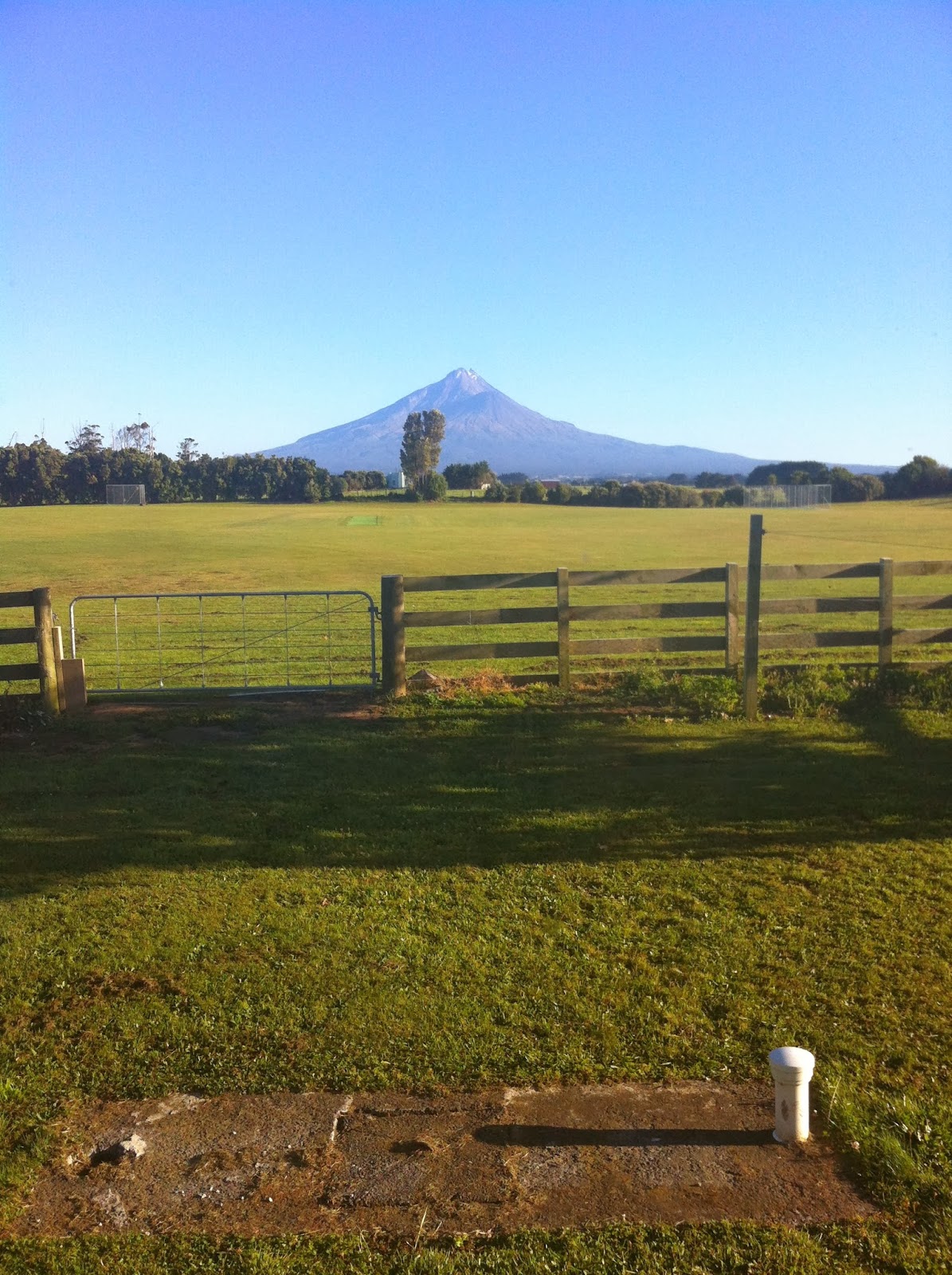 Auroa School is located in the North Island in South Taranaki, New Zealand. Mount Taranaki is directly north of Auroa. We also have the Pacific Ocean directly South of us.

Mount Taranaki is 2518m high. It is an active stratovolcano, which means it is shaped like a cone because of the eruptions in the past. It is one of the most symmetrical volcanoes in the world.

A long time ago a man called Auroa came to the Whanganui River area and met a girl called  Hinengakau. They had twins called Hgati Haua Piko and Ngati Haua Roa. Ngati Haua Piko was given land from the mountain to the sea, and was named Auroa in remembrance of the ancestors Auroa. When the school opened in 1891 many decendants of Auroa from the hapu of Ngati Haua Piko attended this school.

The Auroa community is mostly made up of dairy farmers and their families. Auroa is a country school and has 186 students. We have students from Year 1 through to Year 8. Most children go on the bus to school. I come to school in a taxi because I have a disability. We are lucky to have a huge school. We have a senior and junior playground and a new swing area. Our field has a cricket pitch and plenty of room for rugby and soccer. We have a tennis court area where we play basketball, netball and tennis. We have a community swimming pool and hall that we use for concerts. We also have a dell area which we can play in. It is a nice place where we can talk to our friends. There is also a stage where we can perform plays. We have lots of fun days - like athletic sports, swimming sports, trolley derby, triathlon, sausage sizzle, dress up days and many more. We have an amazing library where we can hang out to read books! - Alyssa McCarty, Room One (2014).

This above report was written by Alyssa McCarty (student) in 2014.  The 2015 School Year saw a class of Y5/6 students in Room Three, although we changed classes we kept the same blog address so this blog is a mixture of Y7/8 (2014) and Y5/6 (2015).  If you would like to email the teacher of the classroom responsible for this page you can do so by emailing: mwebb@auroa.school.nz